TheSmokingGun A methamphetamine trafficker who was wearing a D.A.R.E. t-shirt when arrested by Michigan narcotics agents was sentenced yesterday to a minimum of 15 years in prison. Jeffrey Elton Schmiege, 48, was arrested last year following a raid at his residence that yielded “large quantities of crystal meth, prescription medication, marijuana, a firearm, and ammunition,” according to the local narcotics task force. Schmiege, seen above, recently pleaded guilty to multiple felony narcotics counts. Investigators identified him as the leader of a ring that brought meth from Minnesota into Gogebic County in Michigan’s Upper Peninsula. Schmiege has a lengthy rap sheet that includes nine felony and six misdemeanor arrests.

We here at SportSmasher.com find nothing funnier than when a criminal is arrested and is wearing a shirt that fits the crime in their mugshot, some of our favorites include the guy who got arrested wearing a shirt with his previous mugshot on it, or the woman who got arrested for crystal meth while wearing an I Love Crystal Meth shirt. There are countless examples of criminals wearing shirts that fit the crime in the SportSmasher.com Mugshot Hall Of Fame, as I browse through them, another favorite of mine is the guy who was arrested for domestic violence and is wearing a shirt that says I Did Not Hit You I High Fived Your Face in his mugshot. The latest example of a criminal wearing a very appropriate shirt in their mugshot is Michigan meth trafficker Jeffrey Elton Schmiege, who was sentenced to a minimum of fifteen years in prison, and was wearing a D.A.R.E. tee shirt in his mugshot. The D.A.R.E. to keep your kids off drugs program was a good idea in the 1980’s and 1990’s, but then as those kids grew up and became drug dealers, every single one of them had a D.A.R.E. shirt that they wore ironically which I believe was the case in this mugshot. 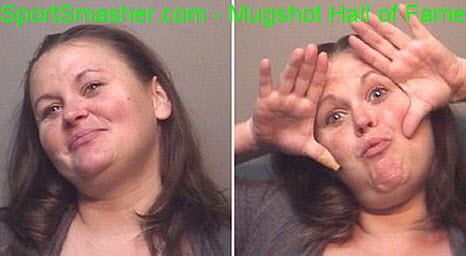 CHRONTexas Wesleyan University has confirmed a controversial email sent by its longtime basebal ...

DailyMail  A married middle school science teacher has been arrested for allegedly conducting a ...

DailyMail  A married mother-of-two science teacher turned herself into police on Sunday after b ...