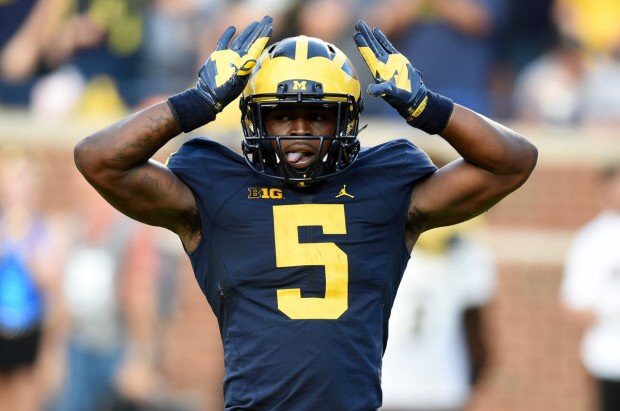 ESPN The NFL has notified teams that Michigan’s Jabrill Peppers tested positive for a dilute sample at the scouting combine, sources told ESPN’s Adam Schefter. Peppers is the second NFL draft prospect to test positive for a dilute sample at the combine, joining Alabama linebacker Reuben Foster. A source told ESPN’s Schefter that Peppers, who has a history of cramping, was ill after flying to Indianapolis from San Diego, so he drank eight to 10 bottles of water as he was the first athlete to run for both the linebackers and defensive backs. Although he worked out at two positions in Indianapolis, Peppers has said he sees himself playing safety in the NFL. “Free or strong. I’m very fast, I’m stronger than the typical DB, tougher than the typical DB, since I played linebacker in the Big Ten at 200 pounds,” Peppers said in February. “So that’s anywhere from nickel, I can play some corner still. So we’ll see. It’s gonna be a fun process.” Foster told NFL.com that the positive test came after he tried to rehydrate himself after coming down with what he believed to be food poisoning. He said that, before the combine, he had been vomiting, cramping and suffering from diarrhea, and that he declined IVs and instead got medication from a doctor.

I have often compared Jabrill Peppers to Tyrann Mathieu during the 2017 NFL Draft process, because he is clearly one of the best football players in the draft, but he will fall on draft day because he does not fit the mold of any specific NFL position. You can add another similarity between Peppers and Mathieu, potential character concers due to drugs, as Jabrill Peppers tested positive for a diluted urine sample at the 2017 NFL combine. If you remember, Tyrann Mathieu was kicked off the football team at LSU due to multiple failed drug tests, which contributed to his slide on draft day. Now Tyrann Mathieu is one of the best safeties in football, and I think Jabrill Peppers will be a similar success story, he is a defensive playmaker that is too good of a football player to fail. I would take Jabrill Peppers on my team any day, and if he slides on draft day, whoever selects him will find value.