LawAndCrime A Florida woman is accused of pleasuring herself on a cop’s arm. Nicole Shankster, 34, was booked late last Tuesday on disorderly intoxication in a public place and battery on a law enforcement officer, according to Pinellas County jail records. Cops said Shankster acted out that day. And by acted out we mean masturbated. A female police officer said she tried to stop her, but the suspect “did intentionally sexually satisfy herself on my left arm and lick my right arm while I was restraining her from masturbating while in police custody.” The intoxication charge is just a second-degree misdemeanor punishable by up to 60 days in jail. That battery charge is decidedly heavier. Normally, this would just be a first-degree misdemeanor, but this is being treated as a third-degree felony since the alleged victim is a cop. Shankster faces up to five years in prison for that. Shankster is being held on $5,100 bond and is awaiting trial. 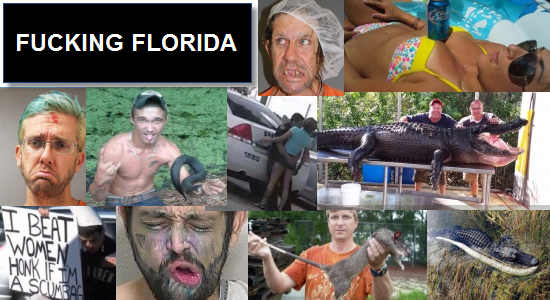 Florida Woman Pours Vodka In Eyes Of Child That Splashed Her At Pool Florida Stripper Runs Over Panhandler: Goes To Strip Club And Orders Whiskey To Calm Down Drunk Naked Florida Man Fires Guns Into The Air To Make Sure They Work Florida Woman Offers Undercover Cop Oral Sex In Exchange For Beanie Baby
Share!
Tweet

Haley Drew is a police officer from the Fort Worth, Texas area, and her Instagram following has ...

Florida Man Attacks ATM Machine That Gave Him Too Much Money

FloridaToday A 23-year-old man who told police he punched an ATM because it gave him too much c ...